Breaking News
Home / News / Digital / Why Apple and Facebook are fighting; and why it’s important for you – ET BrandEquity

Why Apple and Facebook are fighting; and why it’s important for you – ET BrandEquity

Latest iOS 14 software update has turned Apple-Facebook tussle into a full-fledged war. In fact, Facebook is so mad at Apple that it is publishing full page ads in newspapers claiming that Apple is against the concept of free internet. So, what’s making Facebook so upset with Apple?

With the iOS 14 update, Apple is changing its privacy policies to make things more transparent. One of the biggest privacy changes is worrying developers.

In other words, before an app can track you it has to ask for permission. It goes without saying that there will be very few users who will actually allow apps to track them and their personal information online.

We believe users should have the choice over the data that is being collected about them and how it’s used. Faceboo… https://t.co/Bb2BP8Y21X

Facebook in its advertisements to attack Apple is using small businesses as a pawn to get this message across to the users. In the ads, Facebook states, “Apple plans to roll out a forced software update that will change the internet as we know it—for the worse. Take your favorite cooking sites or sports blogs. Most are free because they show advertisements.” 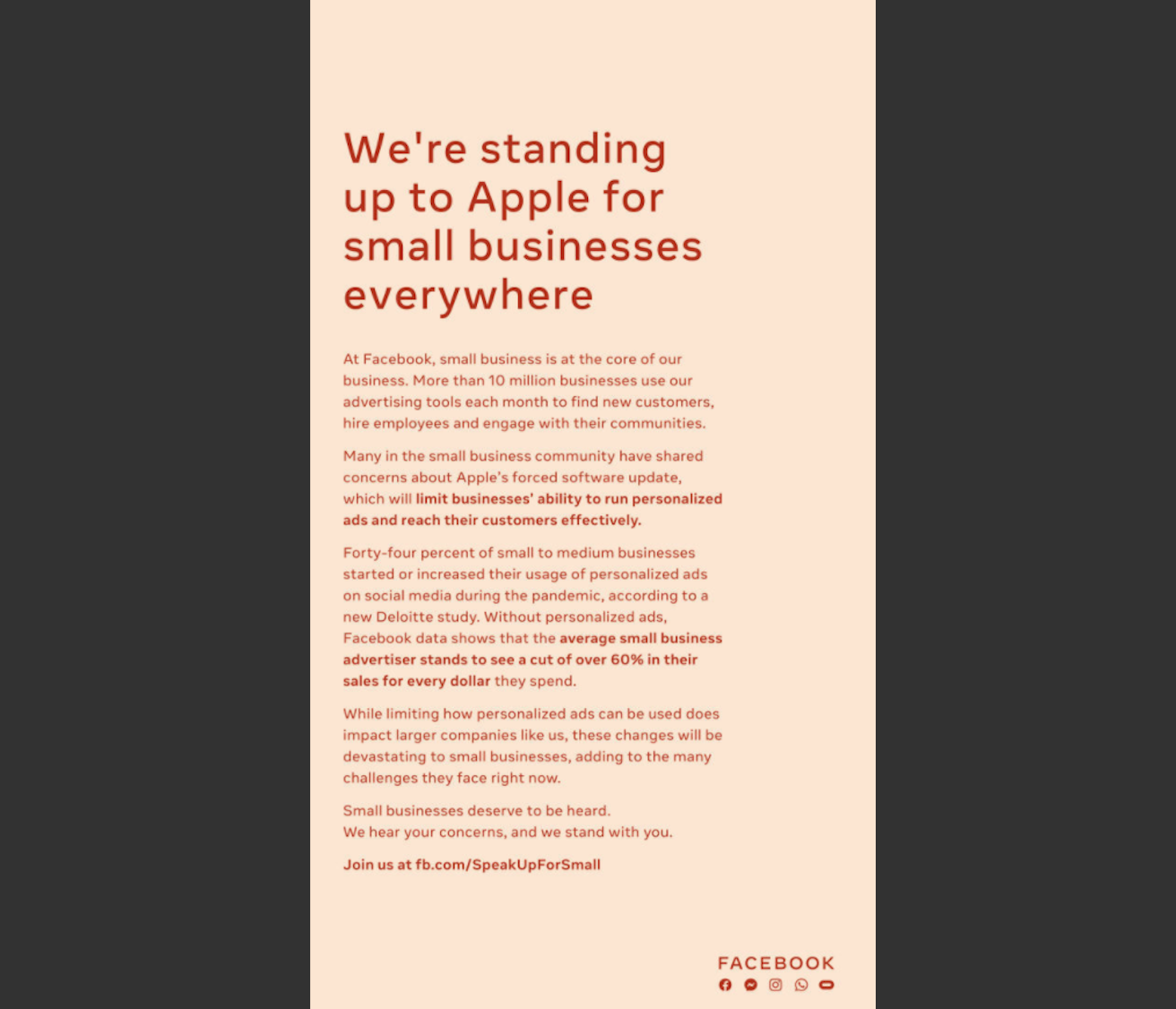 “Apple’s change will limit their ability to run personalised ads. To make ends meet, many will have to start charging you subscription fees or adding more in-app purchases, making the internet much more expensive and reducing high-quality free content,” it added.

A Facebook spokesperson was quoted in a report by MacRumours, “Apple’s move isn’t about privacy, it’s about profit. Paying for content may be fine for some, but most people, especially during these challenging times, don’t have room in their budget for these fees.”

The spokesperson added, “We disagree with Apple’s approach and solution, yet we have no choice but to show Apple’s prompt. If we don’t, they will block Facebook from the App Store, which would only further harm the people and businesses that rely on our services. We cannot take this risk on behalf of the millions of businesses who use our platform to grow.” 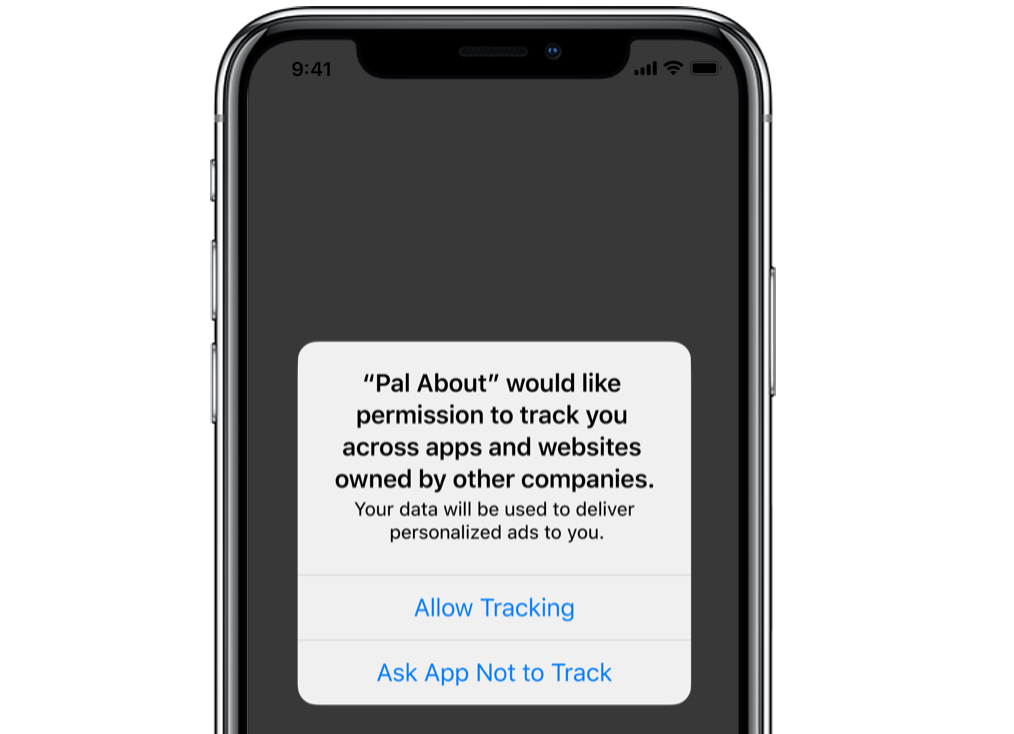 Apple thinks it’s simply standing up for its users

Apple in its response to Facebook said in the report, “We believe that this is a simple matter of standing up for our users. Users should know when their data is being collected and shared across other apps and websites — and they should have the choice to allow that or not. App Tracking Transparency in iOS 14 does not require Facebook to change its approach to tracking users and creating targeted advertising, it simply requires they give users a choice.”

Of course, someone needs to pay so that you get to use services from Facebook, Google and others for free. The deal has become simple: either you pay with your personal data to get a service free or you pay money for the same. While Facebook is blatantly blaming Apple for being against the free internet, what Apple is exactly doing is that it is giving users a choice: whether or not you wish to get tracked online for a free service. Maybe this war between Facebook and Apple will become a guiding light for Web 3.0.